Serverless Functions at half the cost with Spotinst & Serverless Framework 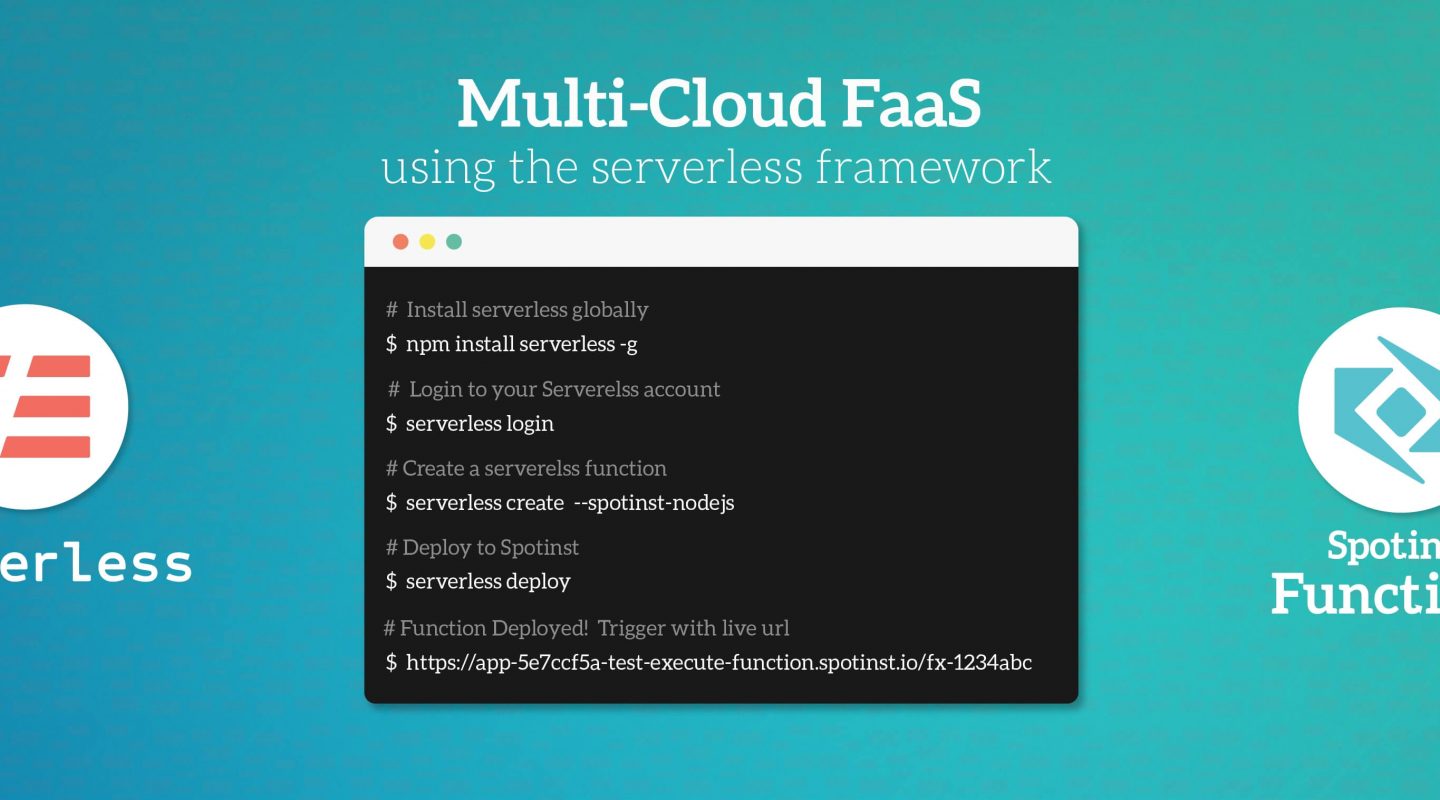 I am delighted to announce that we have officially integrated with the Serverless framework. An awesome, well-standardized CLI interface for creating, deploying, testing and invoking Serverless Functions.

The Real Promise of the Cloud is Multi-Cloud

With the paradigm of Serverless Compute Functions, we can not only dream and talk about Multi Cloud we can finally make it a reality and implement.

We don’t depend on a single specific cloud provider we aim to abstract it for you. We can always find the best combination of cost, performance, reliability, and resistance to failure, closest to your data that meets your budget.
The key benefits of using Multiple Clouds, especially with Functions are

Network, Storage, and Compute costs are coupled. We understand it.

Choose your gear, one, many or just, ALL.

Some useful links to get started

Here’s what you need to get started with the Spotinst plug-in & Serverless now:

As simple as that

Consume compute & network resources, wherever you need it, close to your data sources

And again, Network, Storage, and Compute costs are coupled. We understand it.

Spotinst Functions is built on the promise of Metrics and Monitoring, we expose every single thing that we do, or catch along the way, to you as a time-series metric. In our Console, you will find Metrics for

These Metrics can be filtered and viewed per individual version of your Function (because something might have changed during your last Function deployment, and you want to track it)

Get used to paying 50 to 80% less than traditional Serverless pricing. Due to the fact, that we allocate Spot resources (usually excess compute capacity that Cloud providers are willing to sell at cheap prices) we are able to introduce a new pricing model for Faas Per-Execution Spot Pricing

It can also run in your private data-center! We’re working on an enterprise version that can be deployed on-premise to utilize existing compute infrastructure and turn them into a grid of compute resources serving Serverless Functions for your internal customers within your secured data-center.

Sign up today for Spotinst, and start using Spotinst Functions.

This blog was also published on the Serverless blog.