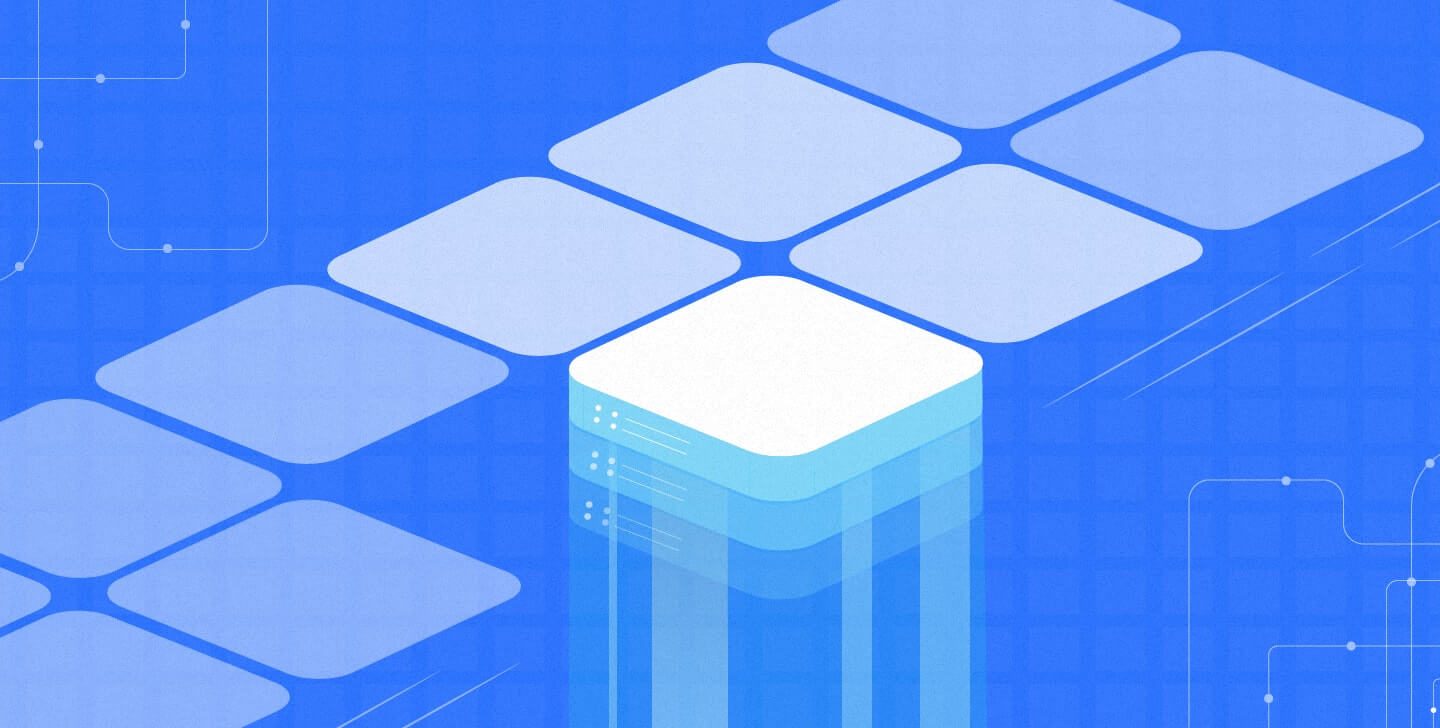 Currently, when you work with EC2 Spot Instances you are only allowed to reboot or terminate an instance. This is not an issue for stateless applications as they are designed to easily scale horizontally. If you have a stateful application or an application that is designed to withstand node failure such as a database cluster then you may have decided in the past that Spot instances were not the best use case for you. Today we are excited to announce the launch of our new Stateful Spot service. This new service will finally allow you to utilize Spot Instances and save up to 80% on your EC2 Stateful environment. 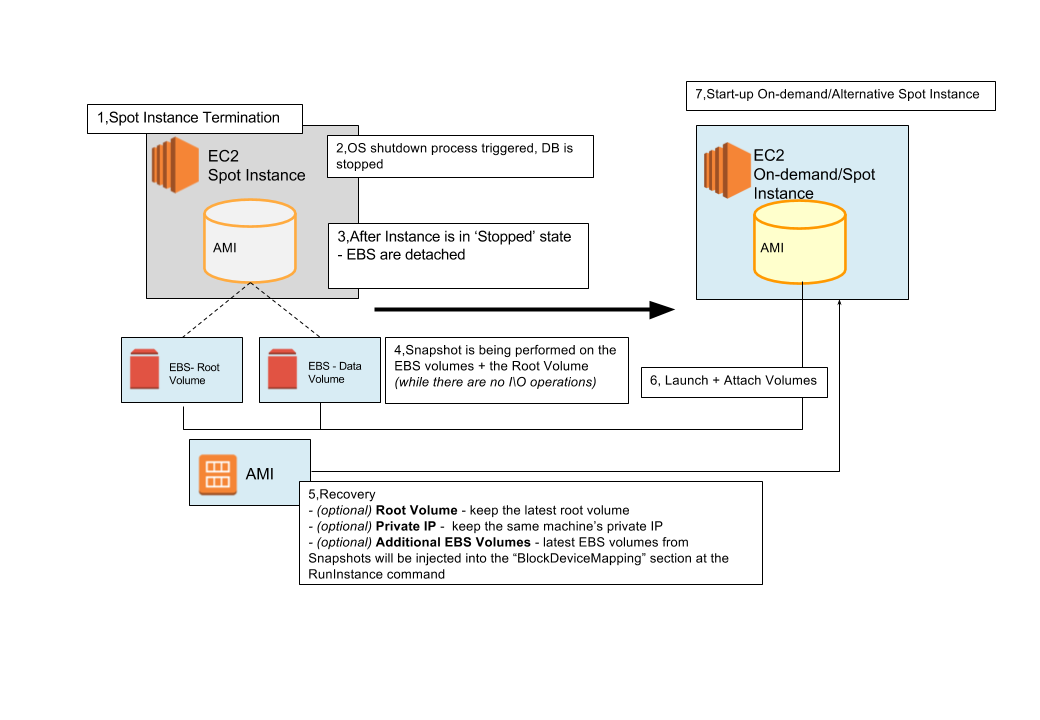 Keep the machine’s root volume – The same data (OS / Configuration etc will be maintained for your instance. To further increase the reliability of your instances we also create periodic snapshots of your data volumes while your instance is running. The new instance will be created from a “final” snapshot that will be taken only after the original instance is terminated and the EBS volumes change to an “available” state. For this to function properly it is necessary to turn off the delete on termination flag when provisioning a new instance.

Keep the machine’s data volumes – All data volumes that were attached at the time of the previous instance termination will be automatically re-attached using the same BlockDeviceMapping configuration upon instance replacement. 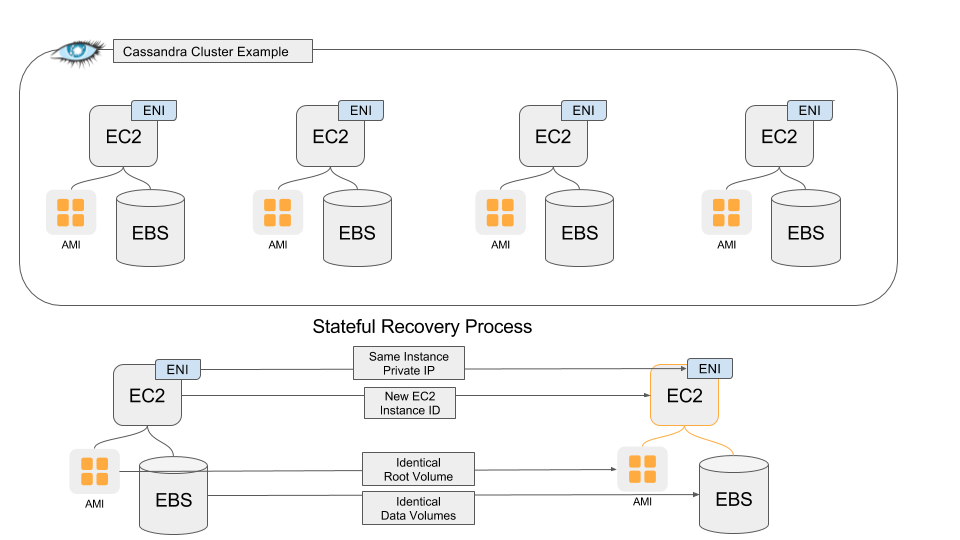 Cassandra –  If your Cassandra node is replaced we’ll clone the instance and bring it back. Your Cassandra cluster will behave as if the instance was down for some time. Bringing up a clone of the previous instance ensures that cluster IOPs are not wasted on bringing a new instance up.

Elastic.co – Elasticsearch node recovery will take a fraction of the time required to provision a brand new instance. From the standpoint of your Elasticsearch cluster the instance was only down for a period of time (depending on the size of the data volumes attached). No changes are necessary for your cluster to provision this as long as you have enough instances for the quorum.

Single Server Database – If you have non-production environments it is very likely that you do not have a requirement for 100% uptime for your database instances. You can also create an RDB cluster with spot instances and use the stateful spot feature to ensure that you do not lose application availability.

Monolithic – or COTS (commercial off the shelf software) – Any monolithic or Off the shelf Windows applications can be used with Stateful Elastigroup. Keep in mind that if a replacement is necessary your instance will be down for a few minutes as the Recovery process takes place.

Development instances – You can run non-production nodes on Spot Instances with occasional downtime. If an interruption occurs on your instance it will be brought back automatically within a few minutes.

We’re very excited about this new way of utilizing Spot Instances and we think you’ll love it too. Try it out today and please let us know what you think cs@spotinst.com.